I checked out the open house at the new Carleton Market in Georgetown today. 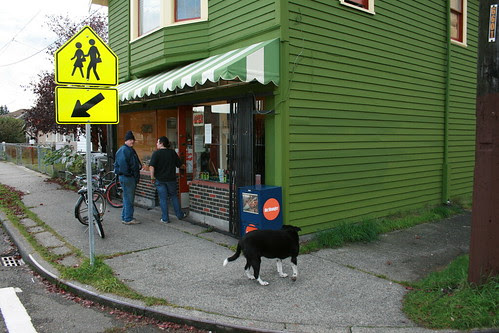 If you like what you see here, pay them a visit on the corner of Carleton and Warsaw. Their for-sure hours are 4 to 8 p.m. Monday through Friday, with possible additional hours to be announced later.

This liquor license belonged to the old Country Inn roadhouse, which occupied this building a hundred years ago. 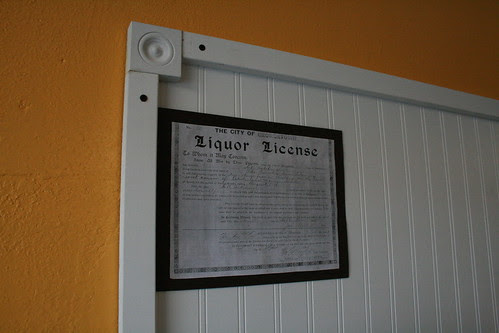 The roadhouse became a grocery in 1911. 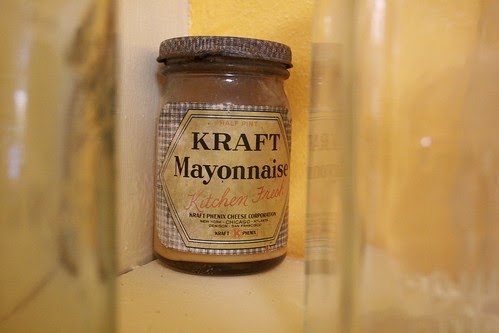 According to the Friends of Georgetown History, "Ghost hunters gave identified several spirits residing in this building, including a Mediterranean-looking man in a white apron who haunts the storefront, and a prostitute who leans out of a second-story window."

Not only does this place have a better story than the AM/PM, it has better food too. 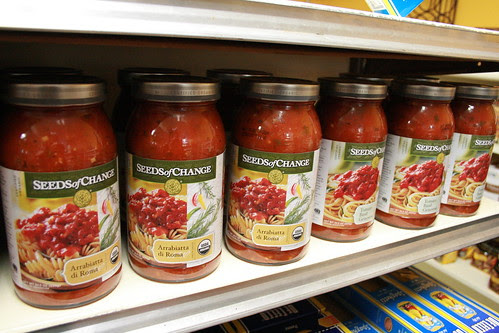 I know an actual Swiss person who buys this brand of fondue. It's good. 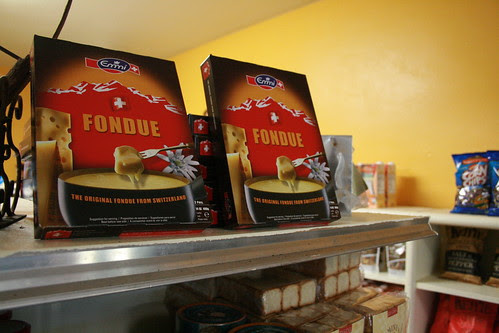 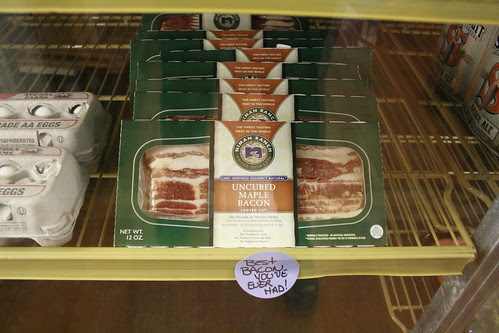 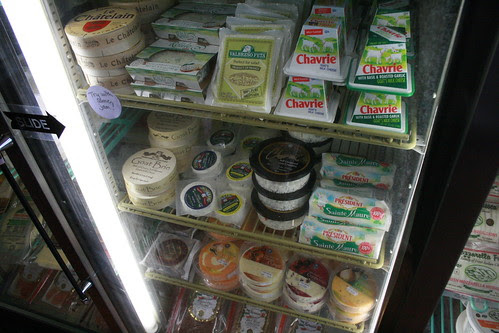 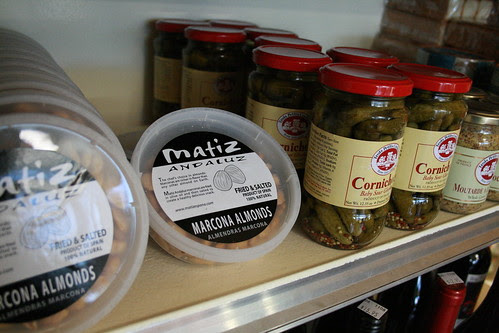 I was a little disappointed that I didn't see any Cherry Garcia frozen yogurt. 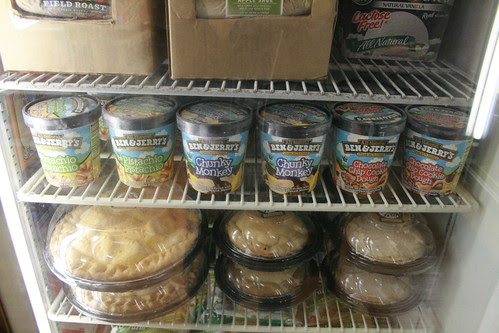 So I added that request to their already varied list. 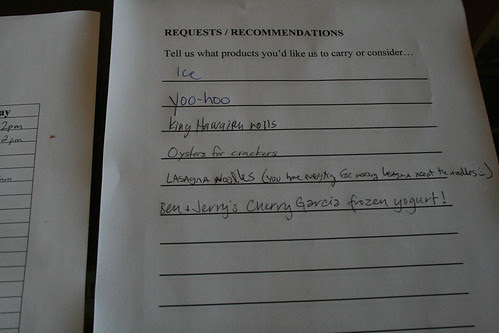 I'd go to Full Throttle Bottles for my bubbly, but they do have some champagne on hand if while shopping you suddenly decide you need to celebrate something. 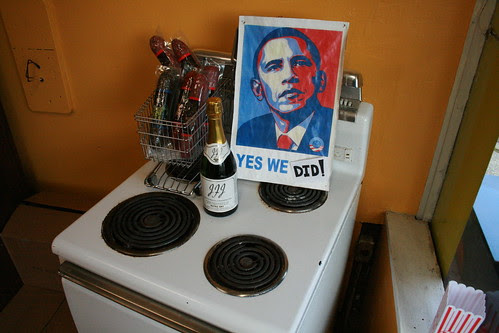 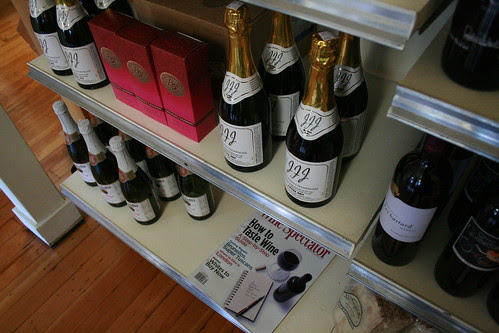 They also have some wine and beer. (They don't carry malt liquor, but Duvel's a quick drunk with its 8.5% alcohol content.) 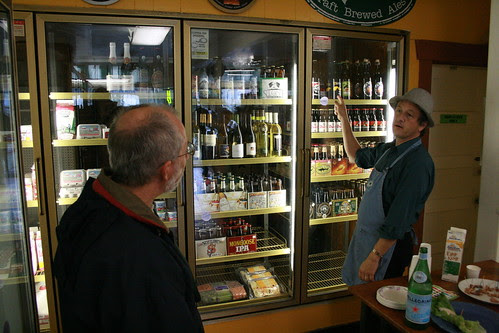 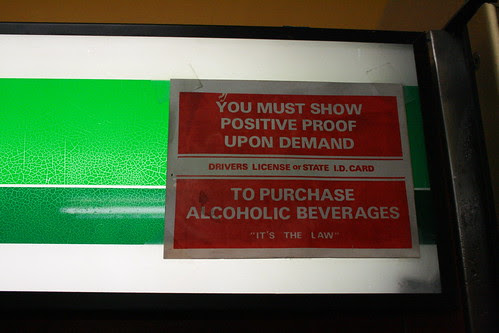 They also have some South Park beers. 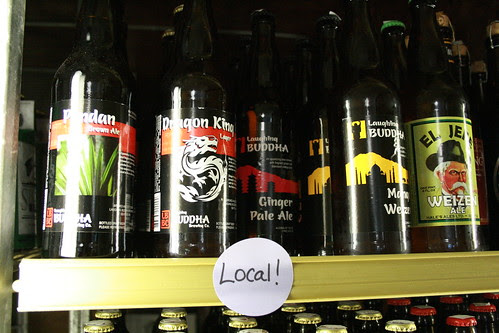 Today they sampled some of their selection (not of alcohol, unfortunately) for the neighbors. 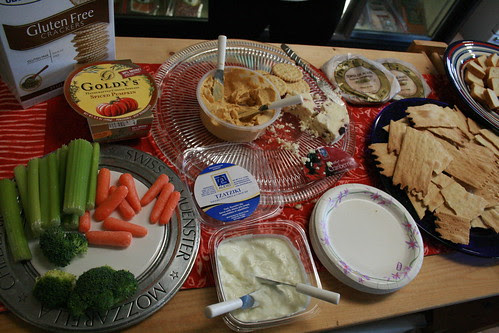 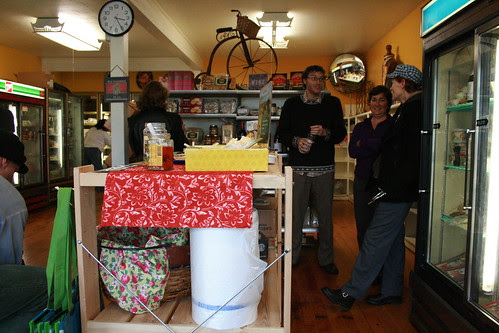 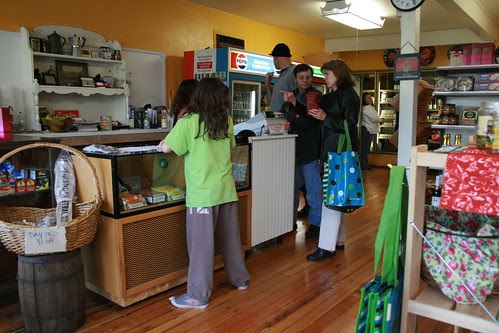 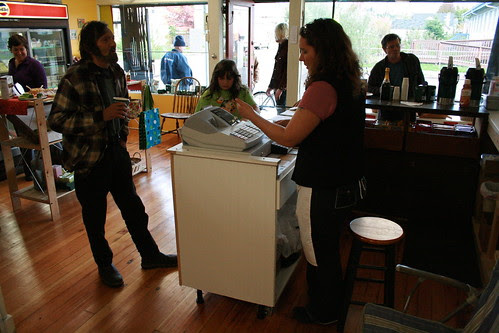 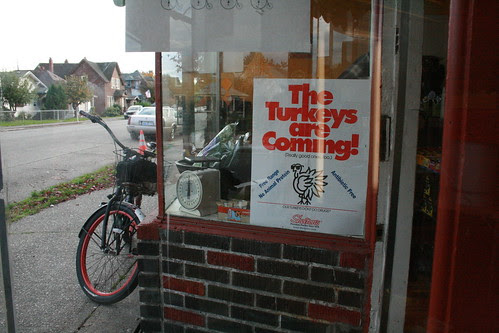 The Carleton Avenue Grocery is located on the corner of Carleton and
Warsaw, just south of the Hat & Boots (Oxbow) Park.
Posted by JvA at 5:36 PM

Wow! I had no idea a store like this was opening so near to us. Looks like my kind of place. Thanks for posting!

Hours are still to be determined on the weekends... but for sure 4-8pm Mon-Fri!

I should say, you can get a yummy cup of coffee and a piece of fruit on your way to the bus in the morning. We open at 7am weekdays ... sorry no espresso.