What are you going to do on the longest day of the year?

After work, I think I'm going to have a $12 cocktail at that fancy new bar Vessel. (I was about to mock their use of the Charles Eames quote "Take pleasure seriously" on their website until I noticed that they specified they do "generous three-ounce pours." OK, they earned the right to that quotation.)

Then I think I'll head to Fremont to see my friend Dave's band, Head Like a Kite. Last I heard, Anderson Cooper was using their music for the bumper for his CNN show, which impresses me. But I'm impressed by just about anything that results in a royalty check.

Here are some photos I took seven years ago -- June 21, 2000 -- at the start of the end of the dot-com boom, just days after I moved back to Seattle and was staying in corporate housing right at Seattle's waterfront, with this view of Elliott Bay. This would have been two days after I started working at the company that I'm still at and 11 days before I met the man I'm now married to.

Whoever's hand this is (and I'm not sure, because I tried to show that place off to basically everyone I had ever met) -- he probably helped me move the couch onto the balcony. In return, I probably offered him one of those disgusting Mike's Hard Lemonades, which I seem to remember being a staple in my fridge at the time. 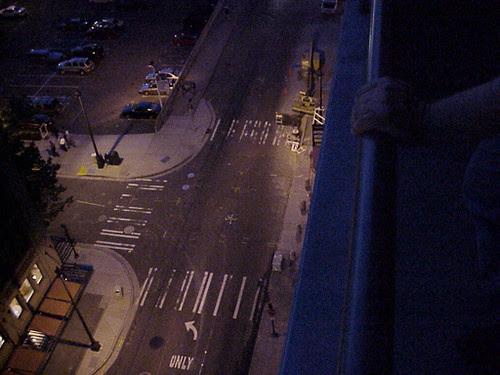 And here's the view to the north. 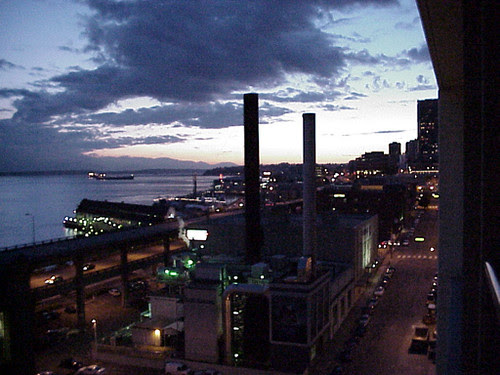 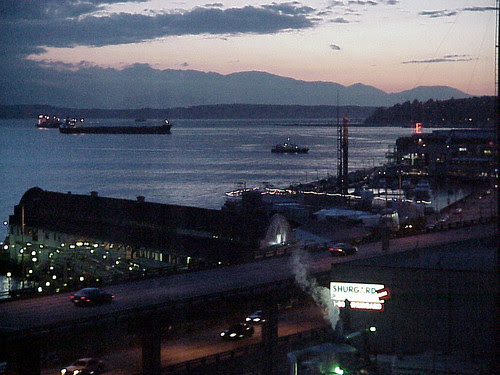 And to the south. 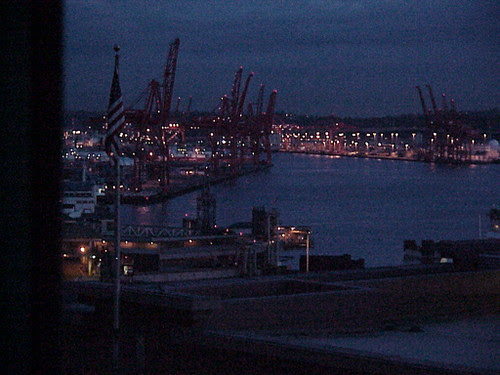 Happy Solstice, everyone!
Posted by JvA at 7:41 AM

Happy Solstice to you!

I helped you move that couch onto the balcony because I wanted to smoke out there. I can't tell if that is my hand. I hope not because it looks sort of manly.
Steph

Thanks for helping me move the couch, Steph! Those were happy days.